What you favourite Karaoke song? 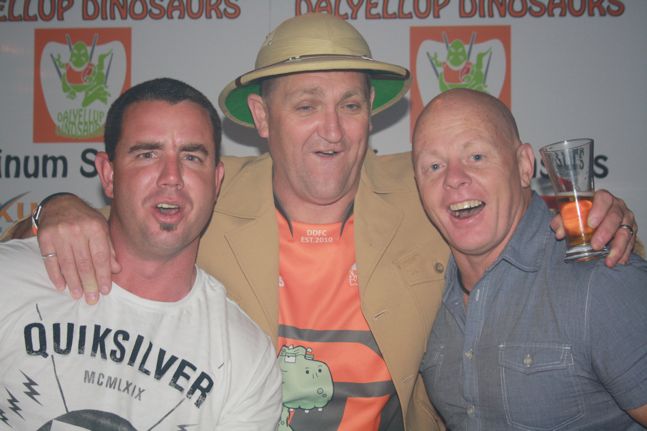 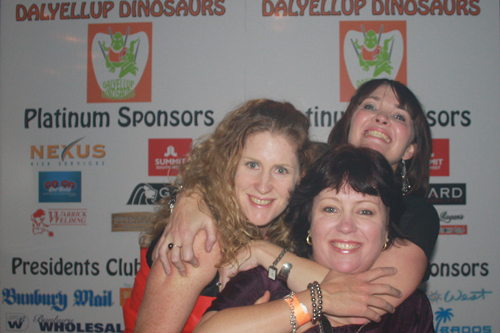 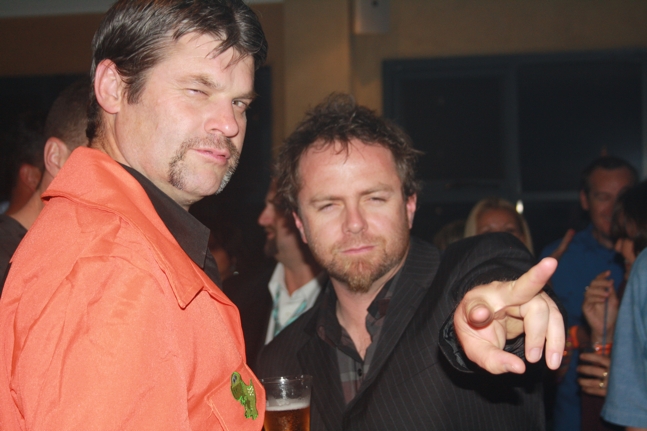 Good afternoon Dinos. I’ve been sent the pic below which contains a fellow Dinosaur who was at the Eagles V Kangas game last weekend. 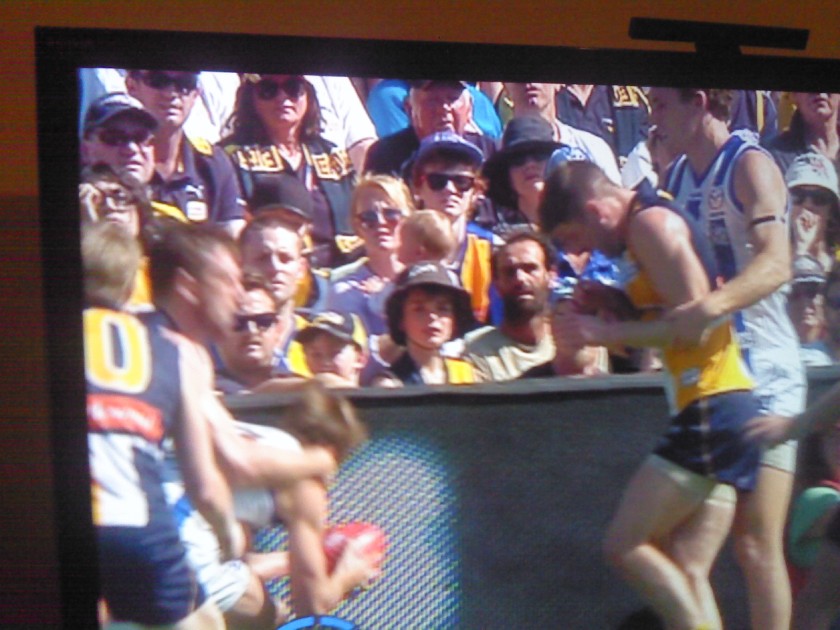 A glittering night of fancy drinks and finger food kicked off at 7pm with the red carpet getting a work out at 7.30 and didn’t the boys and girls come dressed for success..no they didn’t but at least we came dressed. Sorry girls, you looked lovely but were certainly let down by your dinosaur accessory.
There were a few surprises on the night. David Bruce White (not sure if it’s Bruce but if it’s not, it should be) turned up in a shirt that could only be described as an alternative lifestyle shade of pink, Reever with green sunnies and a GIRL, and the bodies of Messers Sarre and Hall actually made it after an evening that had started many hours ago.
There were Great White hunters there in the form of the Cammo brothers, a bloke in an orange safari suit and plenty of very ordinary moustaches. Tripod Gittos and Pig won the day with Lukey Gray’s looking particularly dodgey and Dooly just giving all these temporary fuzz fiends their day in the sun. Our Dinosaur Jnrs, Miller and Kingy are still working their way through puberty so if anyone missed their facial hair, you didn’t miss much.
Muzz and Hoggs were on cloud nine with a big win to the Dockers during the evening. Mangers was on his second honeymoon and word is the Mantra will not hear noises like those coming from room 401 that night again. Four of our elder statesmen in Squares, Baz, George and Wang kept an eye on proceedings and made sure our sponsorship with Barbadossurvived more than its inaugural year.
Hammer was seen leaving with a couple of Bacardi Breezers at the end of the evening…he might have had some help carrying them.
A top night and I know the Cammos don’t do praise but too bad. There was a heap of effort put in by them and some shuffling around by Kev in the lead up and on the night. I propose that all payment of drinks around the fire will be suspended for those three (big win for Pig) for the rest of 2012.
Most of the content you saw on the night will go up onto the website in due course.
Medallist 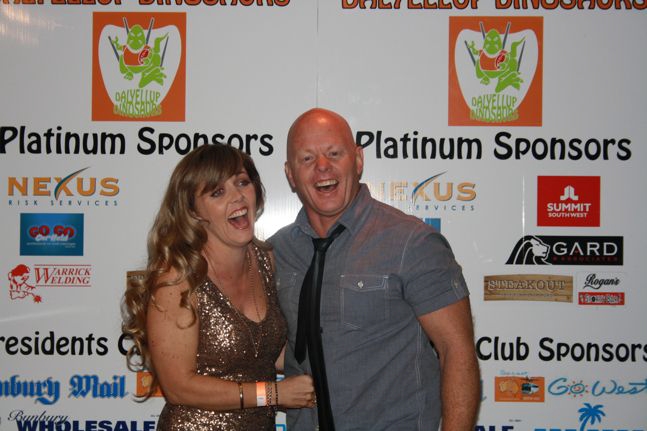 See DINOTV for some answers on who stole Houstys jacket. 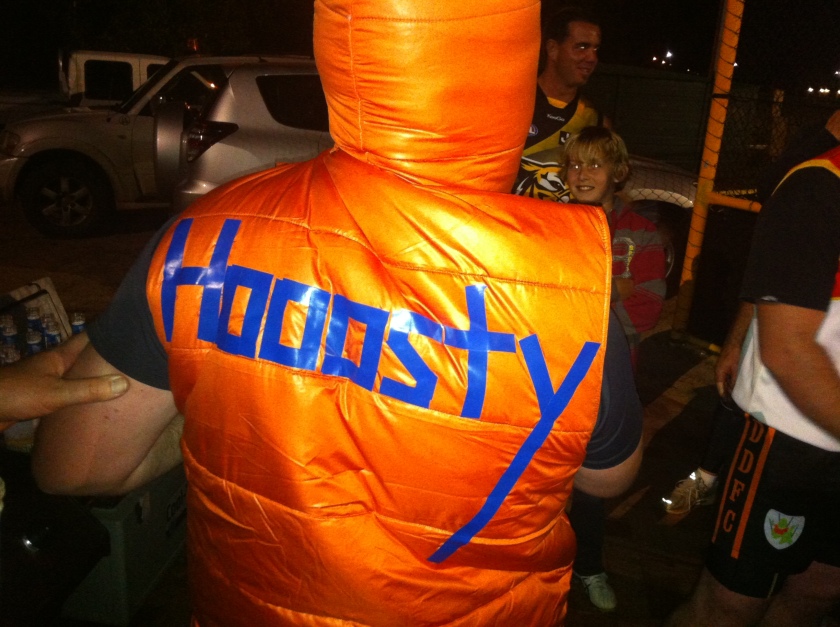