A small but intimate group gathered to celebrate the festive season on Sat 3rd Dec at the Dalyellup South Oval. 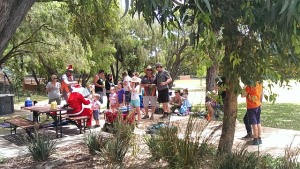 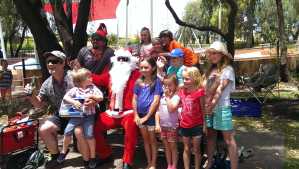 After a few drinks and bit of lunch, Santa Gittos and his little helper Dan arrived with a big bag of toys for the dino-mites. 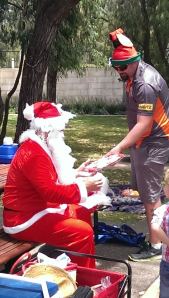 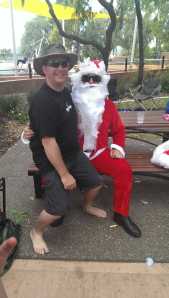 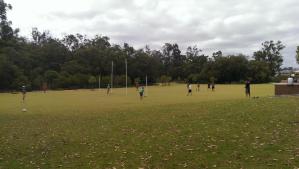 When that got a bit predictable, we tuned into the Aussies thumping the Poms at Adelaide oval on the radio and played a bit of boules (Haousty dominating this with his unique wrist action coming to the fore).

The peppermint trees provided some welcome shade for the girls to kick back on the deck chairs under and have their boys ferry them drinks for as long as the drinks lasted.

All in all it was a very enjoyable day and we were all packed up and out of there by 3pm.

Until next year crew,