Please see correspondence below from The Leschenault Crabs President Shaun with Regards to our first fixture game of 2016.

Round 1 at Leschenault Sports Pavilion

Date:Saturday, April 30
Address: leisure drive, Australind
All games on oval 6.
Changeroom available to all.
Meals and drinks available.
First drinks on us.

Fixtures
I have made the quarters (or halves)
15 min long with a 5 min break between each game. Each team has two games in a row to give you a whole game.
All games will be finished by 6pm.

The clouds gathered on a stormy Saturday morning and with all 16 Dinos on time at 6.30am, the Go West luxury coach pulled out from the Pav towards Treendale to pick up the final Dino. As we approached the pick up point there he was dressed in the Dino suit waving the magnetic board…quite brilliant Wal!! 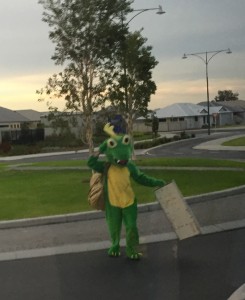 Fanta aka Shia Lebeouf held the wheel with two good hands and peddled with one good foot for the next 5 hours. We knew we were getting close when a station wagon with 5 huskys and a number plate that read ‘WOLFWGN’ pulled into the service station and we arrived at 11.30am with an hour to chuck our gear in the hotel and get to the ground. 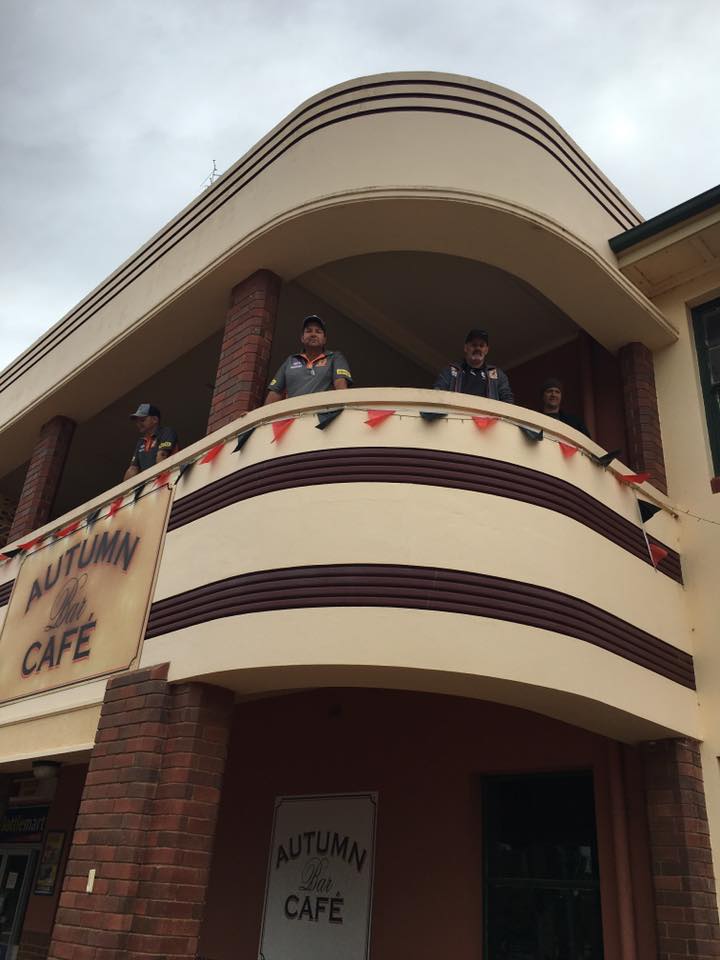 To ease us into the tourney, the promoters had put the powerhouse of the metro up against the little mouse that roared. The Northern Warriors are a strong club with 4 teams of various age groups so it was a fair challenge. 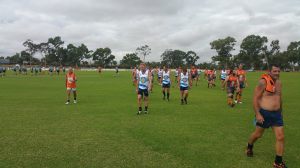 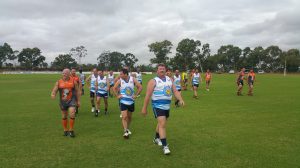 Maybs called us in and devised a strategy that would see us get numbers in the middle of the ground with wings in and fwd flanks spreading wide.

The game went according to script when we play the warriors and were down 4 goals to zip in the first half but then a beautiful thing happened…we held the Warriors scoreless for the second half and walked off with a bit of a strut. Wal played a sweeping defensive mid role to perfection and along with Dooly cut off many forward thrusts, Hoggs was solid in the air and on the ground and Manga and Bask gave us first use in the guts.

The next game vs Kingsway (another multi-team metro outfit) wasn’t until 4.30pm and the final game of the Wongan Carnival. We loaded up with sugary drinks and lollies and although now semi-diabetic, we were ready to bring the carnival home. Fanta had come on during the first game for a small run to see how his busted leg would hold up and decided he could play at full forward against Kingsway. I thought watching Wally Lewis play a SoO game for NSW with a broken arm was inspirational but Fanta bumps him off the guts pedestal with a display that had him kicking 100% of our goals for the carnival (a feat surely never to be repeated). Murray F45 flying down the wing and taking a bounce in front of the adoring pavilion crowd a highlight (until ball hit the ground and bounced end over end with expletives from the gentleman welder coming thick and fast). Pothole lived up to his name and together with Cup Cake Quarrill would both be a nightmare to get a kick on with a never say die attitude that is the mark of a good backman, Stevie ‘Ray’ Cahill presented out of a fwd pocket, Marko ‘The Butcher’ Cahill needs a sign that says ‘Wrong way, back out’ and blocked things up, Gunja ran all day on a wing and swung back and forward in a typical display that confounds his 50+ years on the planet, PD must have taken half a doz intercept marks for the game and 40 put together one of his best games with a doz possessions and stamped 2016 as a break out for the man with more moves Micky J on the dance floor. A special mention goes to Tim ‘Capt Jack’

Sparrow who only came down to the club on rego day knowing nobody but jumped on the bus and slotted right in. The final result went slightly against us in game 2 but a solid effort from all.

After a few beers and a chat to the opposition, we were all feeling pretty good about ourselves and ready to get back to the hotel for a shower and out into the night. Our Man of Steel Muzza must have thought we looked a bit too comfortable in defeat and gave us a dose of reality with a, ‘not a bad effort considering what we had’…firm but firm was the way of this father and so too his son.

The presentations were well organised and the Dino choccies went to 3 deserving warriors in Wal, Hoggs and Fanta.

Congrats to all the boys for putting in during both games and setting the year up. Dinner was a smorgasbord from the paddock and vege patch and we sat down in the magnificent open plan bar with big screen TV to watch the derby.

Following the game, the band ‘….something Bells’ kicked up on the back of a truck in front of the pavilion…sensational. Capt Jack Sparrow jumped into the Dino suit and entertained the crowd, a group of nudists appeared on top of the bands’ truck (one looked very familiar), and we danced/stumbled into the night. 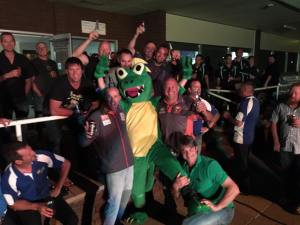 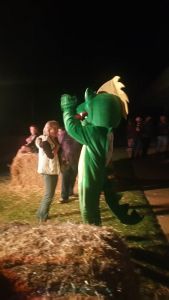 The next morning was a typical day after the night before scenario…heads bowed and the long 5 hour trip home in front of us. We reached the Daly Pav by 1pm and everyone slapped each other on the back and disappear to their families pretending they could do it all again that night. 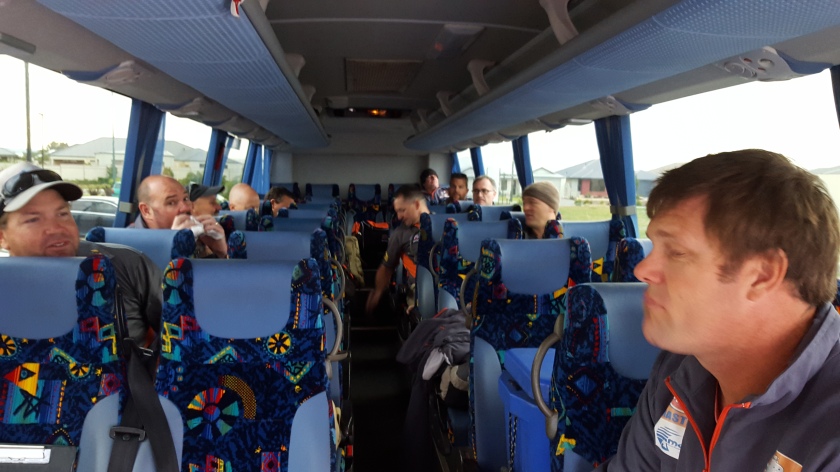 Well done to Fanta in particular for not only getting us safety back home but for a massive effort playing when we were short. A big up to Muzz for his borderline harassment strategies to make what will be an absolute lock for next year. 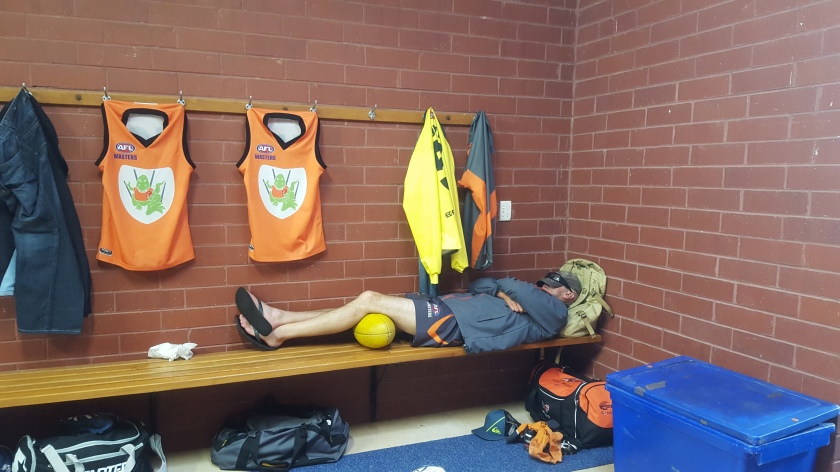